What I learned from a badass woman in finance

Gerry Means built her career in finance during a time when few women, beyond secretaries, worked in large investment banks. She shares her juggle.

Gerry Means built her career in investment banking and financial advisory services during a time when few women, beyond secretaries, worked in large investment banks. A Texas native, Gerry also plays some mean piano tunes and raised two awesome sons with her late husband. She also happens to be my mother-in-law.

I sat down with her to find out more about what it was like to be a woman in finance in the ’70s and ’80s.

In the late 1970s, it was rare for investment banks to hire women as financial analysts. Gerry started out as a secretary, even though she had an undergraduate degree in business and 18 months of work experience. Gerry remembers, “I would do my administrative work as fast as I could, then work late doing analyst work.”

While the extra work resulted in an analyst position within a year, this led to tough challenges for Gerry as the only female on the team. The first time she traveled for business, her boss coaxed her to his hotel room, propositioning her. When she refused, he retaliated, refusing to give her a raise and delaying her promotion. Luckily, her hard work during that time did not go unnoticed by her colleagues and her boss got his just dues. When her boss was fired, she got his job and a big raise.

Launching on her own

Things didn’t stay steady for long, however. “I got married and had my first child within a couple of years. Then, a new tax bill, bank failures and a real estate crash hit Houston hard. It was a city in foreclosure,” Gerry remembers, “making it more and more difficult to do traditional healthcare deals.” Her firm was looking for new growth areas and proposed Gerry transfer to their Florida office to increase business in the senior living industry. “It wasn’t me mapping out this great career move,” but it was an opportunity for professional growth. After discussing it with her husband, they packed up the family and moved to Florida where their second son arrived six months later.

Business in Florida went well in the mid-’80s, but the firm’s HQ in Houston was struggling. In this moment Gerry and a colleague saw an opportunity — they bought the client list they had developed in Florida from their firm, secured financing and launched their own company.

Her new company started strong, but slowly began to unravel when Gerry’s partner became obsessed with power and control and started making unilateral decisions, like hiring staff, without consulting her. After a disagreement, he even fired Gerry from the company they had built together, forcing her to go to civil court to get her fair share of the company’s profits. She won, but not without some painful learning experiences along the way. “The biggest lesson I learned is…you can have a great business, you can have plenty of capital, but if you have a bad partner, it will not work.”

While Gerry was struggling with being ousted from her new company, her marriage was also being tested. She and her husband were close to separating.

After the traumatic experience of being fired from the company she co-founded, and with her marriage teetering, Gerry was looking to get back on her feet. She started interviewing at investment banks, but then the Gulf War started, and many banks halted all hiring. Instead, she took a job back in Texas at a financial advisory firm — a new role for her. At the time, she “didn’t really think much of financial advisors” and saw herself as a banker first and foremost. But, it turned out to be one of the best decisions she made, both for her career and for her family.

Now in her late 30s, Gerry had always focused on her earning power in order to set her children up for success and often sacrificed personal time with her family. Her new job as a financial advisor was with a company that recognized the importance of family. “I enjoyed what I was doing, worked in an environment that was built on integrity and family friendly. It was one of the fondest periods of my career where I felt like family and career were in sync — not in conflict as they had been many times before.” She had more time with her children and was still progressing in her career.

Heading back to Wall Street and the grind

About seven years into her new job, Gerry’s boss died suddenly in his sleep at the age of 56. Because he owned 50 percent of the company, this tragic loss left the leadership of the firm uncertain. Gerry stayed in her financial advisor role, but within a year, she was recruited by a large investment bank. The year had been emotional and taxing, and after eight months of recruiting dinners, she accepted the job. Eight years later, she went on to build and lead her own team at another investment bank. It was an opportunity she could not resist.

Her return to investment banking required additional travel as she spent much more time commuting from Dallas to New York. In order to support their sons, Marvin, Gerry’s husband, became a stay-at-home dad. He managed their home, family’s activities, and finances among many other things.

With Marvin at home, Gerry could kick butt at work, but both Gerry and Marvin were facing their own challenges. While Gerry was navigating Wall Street as one of the few female leaders in banking, Marvin was trying to find his identity. “At first it was a little scary,” she tells me. “Like most men, he had identified with his career. He had his own company and was used to working, but he adored his sons.” Soon Marvin was full-steam parenting — he volunteered in the library, read to students, coached, and joined the PTA and several boards. “There were times he wanted to pull his hair out. He often joked that I did all the work, and he and the boys had all the fun, but he had the hard job. I had the easy job. Raising children was the hard part.”

Gerry continued to grind at work until she was able to put both her sons through college. Without her husband at home helping raise the kids, this would not have been possible, she tells me. It truly was a partnership — their marriage.

“It‘s not the biggest deal I ever did or the most money I ever made that I am most proud of,” Gerry says. “After being in the same industry for almost 40 years, I’m most proud of my 30-year marriage through highs and lows, two amazing sons and lasting relationships with family, friends, colleagues and clients.”

Though Gerry has enjoyed her professional accomplishments, when she looks back, she wishes she had carved out more time for her personal passions and friendships. “It becomes almost impossible when you are working in a busy career and have a growing family, spouse and aging parents. You just have no time for friends or hobbies. I probably gave up too much of that. But you can’t always see that when you are living it. I have no regrets, life is complicated, but if you operate with integrity, take some risks, and always stay open to new possibilities, life can be very rewarding.”

Now, at this stage of life, nearing retirement, Gerry has made her personal interests a priority — she has many friends and makes time to pursue her passions, like playing the piano, cooking, traveling, and supporting local widows (she lost her husband almost five years ago). “Work can be exciting and stimulating, but it’s not what feeds your soul and makes life worthwhile.” 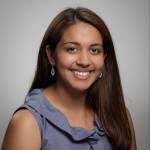