What we’re into this summer: books, podcasts and TV series

We're flying through books, podcasts and TV series on our commutes and vacations this summer. Here's what we've enjoyed most.

In April, we brought you a selection of our favorite books, podcasts and songs. We’re back with a snapshot of what we’ve been enjoying this summer.

Both of my picks for this round made me equal parts delighted and sad and are set in London. No clue what that means. I read/watched them around the same time and was honestly overcome by a sense of the world’s bleakness and the beauty of the art. I wouldn’t necessarily recommend them at the same time as a result, but I do HIGHLY recommend each on their own.

Recently shortlisted for the British Women’s Prize for Fiction, this the most beautifully written book I’ve read all year. It is the story of two couples who are raising young families and facing potential breaking points. It busts open long-term romantic relationships and parenthood and how sense of self changes over time. The story captures the love, magic, boredom and heartbreak of domesticity and pulls no punches on the ups and downs of life.

The plot is simple, but the writing and intimacy are so intense that you cling to every word. It was so powerful, in fact, that parts of the book left me feeling bleak for days. Well worth it, however. The book touches on many big themes, such as race, fidelity and grief, without being heavy-handed. There are even some elements of magical realism, which I always enjoy.

*I get so many good book recommendations from Dolly Alderton and Pandora Sykes on The High Low Show and this is one of them.

The first season of Fleabag felt almost like a series of gaffes surrounding the protagonist and her family (albeit with a dark underbelly), where each episode could practically stand alone. The second season sees Fleabag trying to make better choices and be less self-destructive. She ends up falling in love with a cute, foul-mouthed priest and we follow this relationship over the course of six episodes. This season went for a slow emotional burn and felt more profound compared to the quick punches of season one. I cried a lot, but I cry at everything so that means nothing.

I work at a medical school and was talking with a colleague about how health care providers, researchers and policymakers can unwittingly contribute to stigma around obesity and overweight. He sent me a HuffPost article that deals with this and related issues called, “Everything you know about obesity is wrong.” I started it on my way to the parking garage and was so engrossed that I sat in my car and didn’t move until I finished it. The main premise is that the medical community has promulgated two big myths that have hurt millions of Americans and their loved ones. They are: (1) there’s a direct and obvious correlation between weight and health, and (2) if a person classified as obese diets diligently and long enough they’ll lose weight. The article makes a compelling case that we should question what we believe about obesity and, especially if you work in health care, rethink how we support people who’ve been classified as overweight or obese in meeting their health goals (which may not necessitate losing weight!).

Later that week, This American Life reaired a 2016 episode called, “Tell me I’m fat.” Inspired by Lindy West’s book, Shrill: Notes from a Loud Woman, it explores what it means to be fat from four perspectives: Lindy West, who went from being embarrassed about her weight to embracing “fat” as an identity; a woman who regrets losing 110 pounds; Bad Feminist author Roxane Gay, who talks about being black and fat; and the architect and what I’m going to call survivors of a faith-based “fitness” program. It’s eye-opening, provocative and, at times, infuriating and gut-wrenching.

I’m on a fiction high. I’ve read more fiction in 2019 than the last three years combined. I started off the year with the Neapolitan series by Elena Ferrante and have continued the trend. I enjoy teleporting to other worlds and getting lost in characters I hate, admire and want to be friends with — sometimes all at the same time.

A flu wipes out most of the world’s population. The characters that survive are left wondering, “Why me? Why did I survive?” Mandel suspensefully follows a variety of characters navigating this new (or shall I say old) post-pandemic world. It certainly made me want to sign up for a survival class and pay more attention to deadly global health issues. I so desperately needed to know how all the characters were connected that I finished the book in a week! It doesn’t hurt that the author is, like me, Canadian by birth and lives in New York City.

There is no surprise that Acevedo won the National Book Award for Young People’s Literature for Poet X. While this book is written for a teen audience, I couldn’t help but fall for Xiomara Batista, a teenager in Harlem who is navigating growing into her teenage body and finding her place and voice at school and at home. Xiomara eventually finds refuge in her school’s poetry club. (Side note: the world needs more teachers like Ms. Galiano, who inspires students to find their voice.) I highly recommend the audio book; Acevedo narrates it herself. It feel less like a book and more like a series of poems revealing Xiomara’s most inner thoughts, fears and joys.

First of all, I totally second Station Eleven. I’m always a sucker for a post-apocalyptic story anyway, but Mandel somehow manages to reinvent the genre. Anyway, on to my other recs:

A Gentleman in Moscow by Amor Towles

Excellent storytelling, including one of my favorite literary devices: setting as character. That setting is a single hotel in which the narrator spends several decades under lifelong house arrest by the Bolsheviks after the Russian Revolution (for the crime of having been born an aristocrat). And despite its unchanging setting and dark circumstances, there is nothing stagnant or bleak about this book. You see a great deal of hope, transformation, plot development and character evolution wrapped up in cleverness and flawless writing that make the book a pleasure to read — while still making you feel and think and question. While you’re at it, you should also read Towles’ Rules of Civility.

I picked this up once before but got distracted, mostly because it’s a little big to lug around in my backpack to read on the subway. But I recently saw Lin-Manuel Miranda’s masterpiece, Hamilton (turns out the hype is well earned), on Broadway, and I had to grab the play’s fascinating source material off the shelf to dive back in. The founding father’s story is fascinating and politically inspiring.

(While we’re not sponsored for anything we write and recommend, we are testing out Amazon Affiliate links. So, if you like one of our book recommendations and decide to buy it by clicking on one of these links, you’ll be supporting our work here at The Juggle. Thank you!) 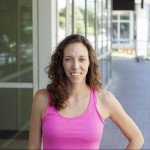 Amy is a co-editor-in-chief here at the Juggle. She is passionate about making content more coherent and meaningful. When she’s not writing, Amy loves helping women identify and leverage their strengths. Baking and teaching yoga are her love languages, and she lives in Austin.

2 thoughts on “What we’re into this summer: books, podcasts and TV series”