Jen always thought Valentine's Day was kind of stupid and commercial, until her kid opened her eyes to how cool and worthwhile it can be to simply take a moment and show people you care about them.

Valentine’s Day is a Hallmark creation that’s kind of pointless and commercial, right? Serving only to make singles feel more alone and couples to feel guilty for not being more thoughtful?

I always thought so too, until my son became the world’s biggest Valentine’s Day enthusiast last year at age five. Turns out, maybe there’s value to having a little reminder, whether it’s Valentine’s Day or something else, to pause and show the people in your life that you care about them.

I did some research and learned that Hallmark didn’t invent Valentine’s Day, and it wasn’t even historically about love. In fact, its history as a love thing is much disputed and rife with rumors, saints and martyrs. There are at least three different stories about a saint named Valentine who did something romantic that became the theoretical basis for this holiday. But the underlying reality, according to the lovely folks over at The History Channel, is that the Catholic church needed to take over a springtime pagan celebration called Lupercalia that involved whipping women with bloody strips of sacrificial goat carcasses in order to promote fertility and ward off evil spirits (and the women were supposedly grateful for it because of the tidings of fertility it brought). And you thought the Hallmark version was gross.

Historically speaking, it is truly a monstrous holiday. But maybe we can take it back. Maybe it can be good.

Why Valentine’s Day is actually cool

Here’s what I mean. Last year, my son started working on Valentines for his classmates in early January. If you know me, you know I’m rarely on time for things and certainly don’t start anything early (in fact I’m writing this very blog post in order to procrastinate on writing a post about procrastination). I would have bought the Valentines on February 10 and used Amazon Prime to same-day deliver them. Who has time to think about things like that in advance?

But he started asking about them SUPER early. Like Christmas early. He was psyched to make special things for his friends, family, teachers, our cat, and everyone else in his life. I let him pick them out, and he chose black scratch-off hearts that you etch lettering or images onto with a stylus. He drew personalized pictures on every single one. Leading up to Valentine’s Day, he worked on them nightly with fervor, even choosing them over a bedtime story.

I found his passion pretty inspiring.

Kids tend to have a simpler view of things. But maybe sometimes it’s the right view. He opened my eyes to the idea that maybe showing more love and appreciation to the people in our lives can be worth putting in a little extra work. Valentine’s Day doesn’t have to be about romance. It doesn’t have to be an exclusive holiday. It doesn’t even have to take place on February 14, though I’m grateful for the little reminder on the calendar.

This year I’d like to take a lesson from my son and spend even just a little extra energy showing appreciation for the people in my life. I’m not promising I’ll have time to send you a Valentine. But I’d like to remind myself once in a while to reach out to the people I care about. Share a funny text message. Pick up the phone. Or perhaps best of all, send a handwritten note. 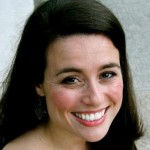